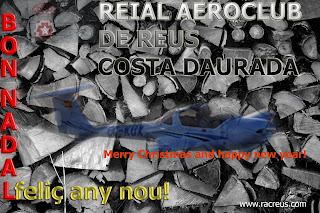 Bon Nadal I Feliç Any Nou 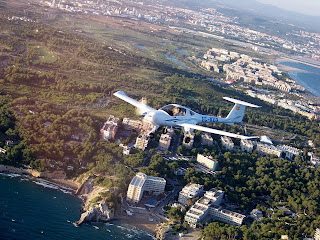 Come to fly with us.


In the last edition of the Feria de Entidades in Reus, Saturday 28th May, in Reus, the Aeroclub de Reus, founded in 1935 was there in a stand to promote powered flights and make our aeronautical activities known, and also the Pilots School and the availability of place for hangars of planes.

During that event we made, as we had announced, four lots with 1/2h flights for two people, to make the experience of flying known to the public who visited us during the fair. It was part of our program to make known our aeronautical activities, our facilities and the renewed historical hangar from 1937 and the new partners call, approaching all the means we had to make it real the possibility to fly, to know a new experience and see the territory from the air perspective, and provide the obtaining of the Private Pilot Licence through our pilots’ school. Our history, started the 2nd May 1935, endorses us.


The winners in this edition 2011 have been mr/mrs:

Congratulations to all the winners.

We take advantage to thank and congratúlate the fair Organizers (Participació Ciutadana de l’Ajuntament de Reus), for their work and hits and specially for having made a new edition posible.

We remind you that the Aeroclub de Reus accepts agreed visits for students to visit our facilities, the planes, hangars, workshops, pilots’ school.

We have available places of hangar and offers to make hours of flight, taking advantage of a good weather during all the year and a cultural and gastronomic background of a big importance, on the one hand the beautiful mountain places and on the other hand the spectacular Mediterranean beaches, without forgetting the wide variety of hotels, and with some of them we maintain a collaboration relationship. 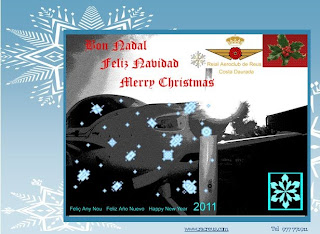 Just sharing my experience ... when I decided that I wanted to start my PPL-A training, I checked the flying schools around where I live - Barcelona:

1. In El Prat it is not allowed to do Visual Flights, hence it has no PPL flying schools. Instead it has a big zone around it, where small planes cannot enter - this zone basically goes from Mataró to Sitges, and even beyond those towns any small plane must stay below a certain altitude, in order to not mess with the commercial airliners. Too bad.

2. Sabadell is the closest airport for General Aviation, about 30 minute in car from where I live. It is famous for some troubles with the people living around it, which like to complain about the noise levels and had some restrictions imposed, for example on EFATO training ("engine failure after take off"). There are 5 flight schools, but some of them provide only the advanced training to upcoming commercial pilots. The Sabadell Airclub does PPL-A training, and has a very impressive fleet, but is more expensive when compared to Reus. With so many pilots, Sabadell is a very busy little airport.

3. Igualada is 45 minutes drive from where I live, and a tiny airstrip in between some hills, with a school that has only 1 or 2 planes, I believe. With regards to being busy - it is the complete contrary to Sabadell. Sadly it has no fuel available, hence for fueling you will have to fly to Sabadell - that really put me off. :( Furthermore Igualada itself is not a controlled airport, hence you don't learn the Radio communication skills like you would on a controlled airport.

4. Reus is the airport furthest away that I included in my research - about 1 hour by car. On advertisement RAC Reus is a little less obvious than other schools in Catalunya. For example in the magazine "Aviación general y deportiva" there are 3 advertisments from TopFly, and several other schools (including ULM only) are in the register at the back, but the RAC Reus is not included there. So you have to find it first ;) When I did, I loved it from the start. Compared to Sabadell, the Reus airport is not even half as busy. It has a runway about 3 times as long as Sabadell or Igualada, which means there is more security for engine failures or human mistakes during starts and landings. With regards restrictions, instead of the big Barcelona no-entry zone, Reus has direct access to the Mediterranean sea, part of it still covered by the airport's control zone. Unlike Igualada, it has fuel and is controlled. There are few residential areas directly adjacent to the airport. The cities Reus and Tarragona are a few miles out. For the normal approach, you fly around 1 village called Constanti, but the rest of the traffic pattern has just some fields and motorways underneath. It's funny that you share the airport with the occasional Ryanair, and in the summer month there are a few more holiday airliners - which will always take priority over General Aviation traffic. Yet, I had hours in Reus where the tower told me to continue touch and go's "at my own discretion" ;) And I was thinking how different the flight training must be when you are based on a very busy airport. Yet Reus will give you the occasional funny situation, where you taxi in your little Cessna, and the plane ahead is a Boeing, and behind you an Airbus waits in line :) ... that's something you would never have in Sabadell or Igualada.

The RAC Reus crew was always very professional with me. I started flight training and ground school in parallel around January, and the hardest part for me was the Spanish - all 9 written exams are available in Spanish only :(. Once I started doing both the flying and the Radio contact inside the plane, I switched that to English. Middle of May I had my first Solo flight - by that time I had 23 hours with instructor and 140 landings in my log book. By the end of July I did my Solo Triangle to Huesca and Lleida. On the 24th October I had my practical exam and got certified for my JAR-PPL (A). Since I work full time and can only fly on Weekends, it was really important that my flight school has time for me when I need it - and RAC Reus has been incredible helpful with that. I'm sure if you have more time available, you can go through all the practical training in a month or two. For my own availability, doing it in 9 months was still pretty impressive.

For anyone checking out Flight Schools around Barcelona, I hope this write-up is useful.

* Note: The Aeroclub de Reus does not have to share the comments herein. Is not responsible for the opinions expressed by their members and / or collaborators. 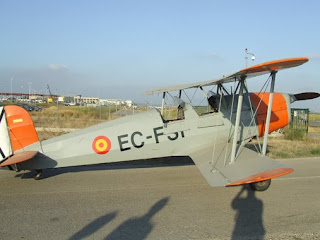 The Aeroclub de Reus is located at the Airport of Reus (Catalonia, Tarragona. Spain). A prime location for sightseeing flights to meet the Camp de Tarragona from another perspective, its mountains, its towns and cities, its beautiful coast, the charm of the Ebro Delta.

The area has a good weather and you can find the excellent facilities from the Reus Airport, with low rates, a runway of 2.459 meters (8.067 ft) and the services of the Aeroclub de Reus: Aircraft Fleet, administrative offices, café and restaurant , aircraft maintenance workshop and hangar space for aircraft.

Reus is a commercial and cultural city, well connected, with many modernist architecture.

Tarragona, a city with an extraordinary wealth of Roman culture on the shores of the Mediterranean.

A wonderful environment of beaches that make the Costa Dorada, and a rich cuisine, seafood and land.

Other places of interest:

Boutiques and charming hotels at your service.

Lots of shops and spaces for sports.

The main goal of our school of the Aero Club of Reus is to facilitate the flying. The Flying Club gives facilities in order to do this activity and to make it all possible. We organize Initiation Flight Courses.

The departures and arrivals are at the Aeroclub de Reus.

We hope your visit! 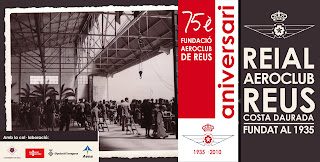 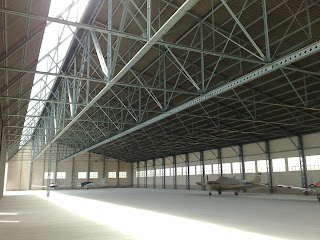 The 75 anniversary of the founding of the Aero Club de Reus (1935 - 2010) and the opening ceremony of the Historic Hangar of 1937, restored by the Aeroclub de Reus.
The future museum of the history of aviation in Reus, as well as airplane hangar.

History
"The Republican hangar in Reus
Reus Aero Club was founded on 2 May 1935 and within a year it had the land on which to
locate the runways. However, the project was halted temporarily by the eruption of the civil
war (1936-1939), started by a military uprising against the legitimate Second Republic. In
October 1936 the project was started up again and in 1937 a hangar designed by Russian
engineers was built there. The hangar had an area of 2,650 m2 and could house large
aeroplanes; it was a building unique in the whole of Spain that, because of its advanced
features, made the airfield at Reus an important element in the aerial defence of the
Republic". 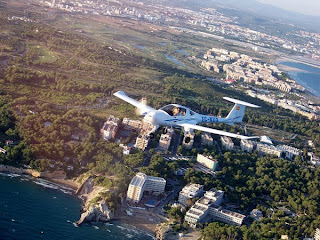 Located in Reus Airport. 43204 REUS (Tarragona) Spain. In the Costa Dorada, between the cities of Reus and Tarragona. With a superb climate that enables us to fly all year round. Well connected by air, highway and railway. A 100 km from Barcelona. A 3 Km from Reus and 11 Km from Tarragona.

We are in an area rich in scenery, beautiful mountains, gastronomy, wines, Roman history and art nouveau buildings and trade of quality. Surrounded by good hotels, leisure, sports and beaches.